Ark Ministry > Animals > Take Up Your Cross and Follow Me 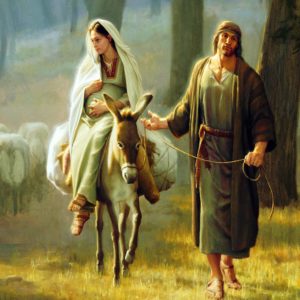 As we enter Passion week we read about Jesus entering the city of Jerusalem on the back of a young donkey. Many believe that it was a Nubian donkey whose line was domesticated 6000 years ago and commonly used as a burden bearer to carry people and supplies. It was probably that same breed who carried Mary, then pregnant with Jesus, into Bethlehem.

The reason this is fascinating is that this breed is often known to carry from birth a mark upon their backs that makes them distinct. It is the sign of the cross that stretches across their shoulders and down their backs. Legends have been written to remind Christians that it was Jesus who said, “If anyone wishes to come after Me, let him deny himself and take up his cross daily, and follow Me.” (Luke 9:23)

Below is an example of what has been written regarding the markings of the cross on these humble creatures and the message they truly bear.

“Bring me the colt of a donkey.” was the Master’s request.

A week later Jesus was ordered crucified
The little donkey so loved the Lord that
he wanted to help Him carry the cross.

But alas, he was pushed away.

As he turned to leave, the shadow of
the cross fell upon his back and shoulders

And there it has remained, a tribute to
the loyalty and love of the humbles of God’s creatures.

We trust that the “The Good News” messages of our 2020 calendar will resonate through your life and bring blessings to you and those around you throughout the year!

Your generous contribution allows us to continue the expansion of our ministry, currently reaching over 150 countries!

The Restoration of Lazarus